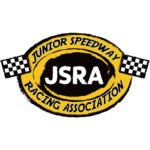 We are excited to announce the dates for the upcoming 2019/2020 Metropolitan and Country Super Series below. Please note dates are subject to change The JSRA would like to provide an update in regards to the upcoming 2019/2020 Speedway Season.

Due to not meeting the JSRA Constitution requirements of a quorum at the Selection of Committee Members held in July, the JSRA was handed back to the Life Members. The Life Members have now had a meeting and selected an acting committee to run the JSRA for the 2019/2020 season.

The Life Members will be having a another meeting on the 26th August where City and Country Rounds are hoped to be finalised.

An update will be provided after the next meeting.