This Saturday night, the McD Contracting Esperance Speedway will host Round 5 of the JSRA Country Super Series, which is proudly supported by SOS Welding. This will then be followed by the Team Australia vs Team New Zealand Teams Challenge on Sunday evening, with six of the best racers under 17 coming to Australian shores to try claim back to back bragging rights in the annual battle.

The Junior Speedway Racing Association (JSRA) committee, in conjunction with the Esperance Speedway Association have been working hard for months to plan this weekend’s International Race Meeting, which will see Australia and New Zealand’s best Junior racers going head to head.

All drivers with be battling it out for all important series points in Esperance this weekend, as we enter the second half of the season. With only two rounds to go at the conclusion of this weekend, it is important for all drivers to earn a quality bank of points.

Headlining the Top Star nomination list for Round 5 of the JSRA Country Super Series is the Webbcrete Daihatsu Charade of Blake Webb. Blake has had an outstanding season to this point, finishing on the podium more often than not. He will look to continue his good form this weekend in Esperance, no doubt hoping to finish on the podium yet again.

Joining Blake at the front of the field throughout the season to date has been Kalgoorlie’s Dylan Parkes. He will look to claim his third round of the series this weekend, after storming through the field to finish third at the last round in Collie.

A number of other drivers will also be in the mix, including Esperance racers Blake Fletcher and Hayden Mortimer, Jackson Derrick, Luke Malcolm and Seth Hinsey, all of whom have figured prominently in previous rounds this season.

In the New Stars, Kalgoorlie’s Kayne Dellar will be the favourite heading into this weekend, winning almost everything in the JSRA this season. Bunbury’s Brandon Buszan is a driver to watch though, getting quicker and quicker with every outing in his Hyundai Excel.

To add to the excitement of this weekend, we have six of the best Ministock racers from New Zealand looking to take it up to the Aussies in totally unfamiliar cars, on unfamiliar tracks with unfamiliar rules. Jonty Short, Ryan Marshall, Samuel Ashton, Chris Kernohan, Jayden Fraser and Alana Buckthought are eagerly awaiting their first laps in anger when they arrive in Esperance this weekend.

On Sunday, Team New Zealand will look to defeat Team Australia of Blake Webb, Alex Swift, Hayden Mortimer, Luke Malcolm, Jackson Derrick and Dylan Parkes in the Teams Challenge. Both teams have experienced success in recent years, however it has been the home team that has claimed the bragging rights on most occasions. Can Team New Zealand steal a victory on Australian soil, or will Team Australia be able to hold them off? Make sure you are trackside on Sunday to see who claims the win for 2018.

The JSRA must thank the Esperance Speedway Association for their assistance in making this weekend possible and cannot thank the Fletcher Family as SOS Welding for getting behind Round 5 of the JSRA County Super Series and the Teams Challenge.

Make sure you head the JSRA Facebook Page for all the up to date information on all things Junior Sedan racing in WA and check out our website jsrawa.com.

The March long weekend will be another huge weekend for the JSRA, with Team New Zealand hitting Aussie shores for the Team Australia vs Team New Zealand Teams Challenge, along with Round 5 of the JSRA Country Super Series at the McD Contracting Esperance Speedway.

The entire committee has been working tirelessly to ensure the weekend will be a success and we cannot wait to share some more information with you in the coming days. 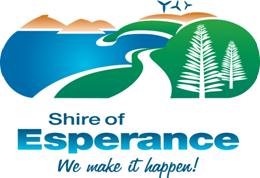 The JSRA Country Super Series headed to the Make Smoking History Collie Speedway last night for Round 4, which was proudly supported by Kay Chlo La’s Cleaning. Goldfields racer Kayne Dellar and Collie’s very own Seth Hinsey were victorious in the New Star and Top Star feature races on a night, which action packed.

Close to thirty Junior drivers from all over the state converged on the Make Smoking History Collie Speedway to score some valuable series points, as we move into the second half of the 2017/2018 season.

Bunbury’s Brandon Buszan started the night off recording a comfortable victory in heat one of the New Star Junior Sedans, while Jhy Pack was able to follow suit, winning the second heat. Mitchell Delaporte and Kayne Dellar would then become the third and fourth different heat winners, before Jhy Pack and Brandon Buszan would win their second heats of the night.

When it came to the A Main for the New Star Juniors, there were a number of drivers in with a chance of claiming the 15 lap race. The initial start would be short lived, as a number of drivers would find themselves facing the wrong way after some water was added to the track.

At the restart, Brandon Buszan who started on pole position at the first start would be sent to the rear for causing the stoppage. Matthew Thomson would make the best of the jump and would lead the field for the first part of the race. Kayne Dellar would fight hard with Jhy and Montana Pack, as Buszan started to charge back through the field.

Soon, Kayne Dellar would make a pass for the lead, moving past Matthew Thomson. Brandon Buszan would find himself in the top three before too long and would soon also pass Thomson for second. With the laps winding down, it look as if it would be a close finish, which it was indeed. Coming to the chequered flag, Kayne Dellar would hold on by the smallest of margins to defeat Brandon Buszan and Matthew Thomson.

A stellar field of Top Star Junior drivers were on hand for the fourth round of the series, where Esperance’s Blake Fletcher and home town hero, Seth Hinsey would win the first heats of the night. Good friends, Jackson Derrick and Blake Webb would then share a win each in heat three and four, before Blake Iwanow would drive a brilliant race to win the fifth heat of the night after starting from the rear of field all night. Blake Webb would be the only driver to record two separate heat race wins, claiming heat six.

Jackson Derrick and Blake Webb would start the 20 lap feature race from the front row, but it was Blake Iwanow and Jorj Park who would make the best of the start. As the field started to cross the start-finish line for the first time, their would be trouble as Blake Iwanow would find himself clobbering the main straight wall, ending his night.

A complete restart was ordered, where Jorj Park was ordered to the rear of the field. Blake Webb would lead the first into the first corner, where he would start to open up a sizeable lead ahead of Jackson Derrick and Seth Hinsey. Dylan Parkes would start to move through the field and started to make a challenge for third. Further back in the field, Blake Fletcher and Zac Minshull were having a great battle swapping positions on a number of occasions.

After a couple of restarts, Seth Hinsey managed to get past Jackson Derrick for second, as Dylan Parkes tried to make a pass for third. The battle for second was well and truly on in earnest, as Derrick continued to pressure Hinsey, waiting for one mistake. As Blake Webb continued to lead, he was soon caught by Seth Hinsey and Jackson Derrick. Hinsey applied immense pressure and was able to make a pass for the lead.

A four lap restart was ordered after a car spun in turns 1 and 2. When the green lights came back on, this would signal the end of Jackson Derrick’s race, who suffered a flat front right tyre while sitting in third position. Seth Hinsey would go on to record a popular victory in front of his home crowd, defeating Blake Webb and Dylan Parkes.

The JSRA must thank the Make Smoking History Collie Speedway for once again hosting a round of the JSRA Country Super Series, as well as the Dellar Family from Kay Chlo La’s Cleaning for their support of this round.

Attention for the JSRA will now turn to the March long weekend, which will see the Team Australia vs Team New Zealand Challenge, with six of the best Ministock racers coming to Australia soil to take on our very best. This will also see Round 5 of the JSRA Country Super Series, where all drivers will be looking to earn more valuable points.

Round 4 of the JSRA Country Super Series will head to the Make Smoking History Collie Speedway this weekend, with two brilliant fields of Junior Sedans ready for the action, proudly supported by the team at Kay Chlo La’s Cleaning.

The New Star Junior Sedans will be headed by the standout of the field this year, Kalgoorlie’s Kayne Dellar. Although Dellar has been in good form, he will have some stiff competition with the likes of Matthew Thomson, Jhy Pack, Brandon Buszan and sister Chloe Dellar in the field.

Riley Beaumont and Jae Noonan have also been very quick at the Collie venue in recent weeks and will be hoping for another successful outing against some great racers this Saturday night.

In the Top Stars, the invasion of Broome racers will take over the Make Smoking History Collie Speedway with Blake and Tanika Webb, Jorj Park and Zac Minshull nominated for the event. Luke Malcolm, Bryden Southwell and Lachlan Dellar have been very quick in recent rounds, as has Dylan Parkes, the winner of two rounds of the series so far. Expect each of these racers to figure predominantly in proceedings this weekend.

Local Southwest racers Seth Hinsey, Izzac Delaporte and Nathan Carter will also be in the field this Saturday evening and will no doubt be towards the pointy end of the field come the twenty-lap feature race.

We must thank everyone at Kay Chlo La’s Cleaning for their support of the JSRA this season and of Round 4 of the JSRA Country Super Series.

Be sure to be at the Make Smoking History Collie Speedway this Saturday evening to witness some of the best Junior Sedan action in the country. Racing gets underway from 6pm, so make sure you’re trackside. If you cannot make it all results will be posted on the JSRA Facebook page.